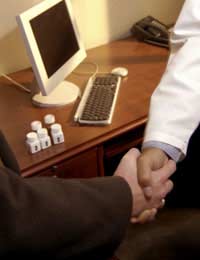 Migraines aren't just another bad headache; they are intense throbbing headaches that can be further distinguished by specific symptom patterns. A basilar type migraine which is also called Bickerstaff syndrome, involves symptoms such as dizziness, incoordination, confusion, hearing changes and numbness.

A basilar migraine is considered a rare subtype of migraine with aura and tends to affect young adults. In particular, it is often seen in adolescent girls. The aura phase generally lasts for about an hour and the person may feel frightened from the dizziness and loss of control. An aura phase in a basilar migraine can be quite unusual in that the sensory disturbances are often quite severe. The headache itself that occurs, however, is generally characteristic of a typical migraine headache but may also involve an intense throbbing around the back of the head. Other symptoms experienced may involve:

Basilar migraines are very rare and unfortunately, rare diseases do not always receive a great deal of interest and research. Treatment for a basilar migraine is similar to treatment for other migraines. Medications that your doctor may suggest are beta-blockers, anti-epileptics, calcium channel blockers, anti-depressants or over-the-counter drugs such as acetaminophen. Due to the visual disturbances occurring in the aura phase, you may want to lie down in a dark, quiet room. You can also try a cold damp cloth placed over your forehead to soothe the throbbing head pain.

Basilar migraines can be made worse by consumption of alcohol, so it would be wise to avoid or limit your alcohol intake. Some of the complications of this type of migraine are the possibility of a basilar artery infarction, possibly leading to a stroke. If you do suffer from basilar migraines, your doctor may choose to screen you for other risk factors for stroke that may be present.

Any use of cigarettes or oral contraception alongside your basilar migraines can also put you at an increased risk for stroke. Very frequent and extremely intense basilar migraines may also prompt your doctor to refer you to a neurologist. In addition, due to the loss of consciousness that can occur with a basilar migraine, your doctor will likely want to ensure that it is indeed a migraine you are experiencing, rather than a seizure.

One of the alternative treatments that have been suggested for basilar migraine is biofeedback, which measures internal processes in the body to allow you to actively heal yourself. Evidence is still largely anecdotal but it may be worth trying in your search for effective basilar migraine treatment. Food triggers are a concern for all migraines but for ones that are particularly debilitating, such as basilar migraines, it is even more important to examine dietary factors that may contribute.

Common food triggers are cheese and wine, as well as food additives such as nitrites, which are found primarily in processed meats. Keeping a food diary and noting the foods you consumed on a day when you experience a basilar migraine can be helpful. Ultimately, complementary therapies are generally less likely to produce harmful side effects, despite questions of effectiveness, so do consider a treatment plan that utilizes the best of both drug treatment and holistic techniques.