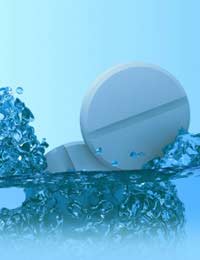 People who get headaches regularly may try all sorts of natural headache remedies but most resort to painkilling drugs at some time. Although these drugs are commonplace, like all drugs they have the potential to be harmful. Some have minor side effects such as causing an upset stomach, others cause more problems in certain people. Because not everyone responds in the same way to the same drug, it is generally a good idea to have a choice of painkillers on the market.

Pharmaceutical companies are trying to develop better and more effective painkillers all the time. This is a very competitive market and a great deal of money is at stake, so do they sometimes stretch the truth when they make claims about their new painkiller?

There is not definitive answer but some manufacturers have challenged the claims of others in recent years and have had their objections upheld by the regulatory authorities. In early 2009, the pharmaceutical company, Wyeth, put forward a complaint about a product being marketed by their rival company Novartis.

Novartis was claiming that a new ‘extra strength’ version of a painkiller known as Excedrin, which contains paracetamol (known as acetaminophen in the USA), aspirin and caffeine, could relieve headaches within quarter of an hour.

Source of the Complaint

The complaint centred on an Internet advert on the Novartis site that showed a woman at a cafe table in obvious pain from a bad headache. She took the extra strength painkiller and was smiling again as the digital clock shown in the foreground came up to the 15 minute countdown point. Novartis have backed up their decision to make the advert, saying that they don’t say she is 100% pain free after 15 minutes – just feeling a lot better. They also offer trial evidence showing that a significant number of people taking their painkiller felt better within 15 minutes.

Of course, not everyone has the same type of headache and some people may not feel better in such a short time – but it is quite difficult to say definitely that the information about the painkiller is misleading. It certainly does help headaches, and in some people would help them feel better quickly.

What About Natural Headache Remedies?

It is not only pharmaceutical products and painkillers that can promote their products by claims that could be questioned. Many herbal remedies and alternative therapies are recommended as good remedies for all types of headache, but there is rarely any stringent scientific evidence to back up these claims. The fact that a lot of people swear by different herb teas, reflexology or whatever may suggest that these natural remedies could help, but they can’t provide hard evidence that they definitely work in other people.

Some small scale clinical trials have been done for alternative therapies such as acupuncture and while some seem to show an effect, others do not. Sham acupuncture, in which the needles are placed randomly rather than at the particular points that acupuncture practice suggests, often produces a very similar level of improvement.

If you suffer from headaches, discovering the root cause is probably the best way to deal with the problem in the long term. Do you need glasses? Eye strain headaches will keep coming back no matter what kind of pain relief you use. Is it something in the food that you eat? Avoiding triggers, particularly for migraine, can lower the frequency of attacks and then you don’t need painkillers. If you still suffer from headaches and can’t find out why, symptom management is the only thing you can do and the best advice seems to be – find something that works for you and then stick with it. Just make sure that with pharmaceutical preparations that you follow the guidelines carefully.