Home > Case Studies > Hypnotherapy Worked for Me: A Case Study

Hypnotherapy Worked for Me: A Case Study 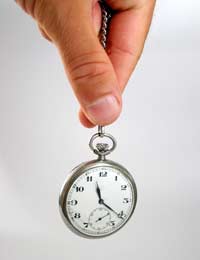 Laura told Headache Expert of her long battle with tension headaches and how her initial reluctance to try a non-drug therapy turned into enthusiasm and led to a complete rethink of her career.

“After university, I trained to be a fully fledged accountant and was appointed to my first accountancy post in a large practice in London. I was promoted several times and then, two years ago, was headhunted to become financial director of a large publishing company. It was a brilliant opportunity and I didn’t hesitate to say yes.”

Laura expected to have to put in long hours getting to grips with the business. But she didn’t anticipate that her new role would include downsizing three different departments in the company that were losing money.

“I went over and over the figures, worked with the managers to try to find solutions to turn things round but there was no option in the end, 35 people had to lose their jobs and I was asked to tell 15 of them that their services were no longer required.”

This change put enormous pressure on Laura who began to suffer symptoms of stress. She found it difficult to sleep, as she was worrying about the next day at work. She was staying later in the office and getting in earlier to see if there was anything she had overlooked. The thought of firing people, of ending their jobs filled her with dread.

“I was permanently tired and my eyes always felt sore but it was at this point that my headaches really became a problem. I had a tension headache every day. It would start just before lunchtime and would get worse in the afternoon and by about 5pm I didn’t know what to do with myself. I could not work any more and had to get up and leave a meeting because I was in so much pain. I was buying packet after packet of paracetamol and living on painkillers.”

The company, which was dominated by male managers all trying to out-do the other, was far from sympathetic and there were plenty of snide comments about Laura not being able to cope because she was a woman in a man’s world.

“I went to see my GP and demanded some stronger pain killers, something to stop the pain. I felt that if I got rid of the headaches I could work efficiently again and get myself out of this mess.”

But Laura’s GP would not prescribe any strong painkillers and was reluctant to give any drugs at all. She was a great advocate of complimentary therapies to treat conditions such as tension headaches that are usually caused by stress and anxiety. “Drugs only treat the symptoms, not the root cause of tension headaches,” she told Laura.

“I was not happy at all. Instead of being able to simply pick up a prescription and swallow some pills the GP was suggesting I attend a two-hour hypnotherapy session every week – on a weekday as well.

I carried on for two more weeks, struggling with constant headaches and then decided to take a week’s holiday. I was due much more as I hadn’t had a holiday in the 8 months I had worked for the publishing company. I rented a cottage at a seaside town where we had spent family holidays when I was a child and thought I would just sleep and let myself recover.”

The Need For Change

“I spent the whole week on my own, not really speaking to anyone. Then, one day, I met a woman walking a dog on the beach and she turned out to be a hypnotherapist, I couldn’t believe it. When I listened to her describe the positive effects of hypnotherapy that she had experienced I began to feel differently.”

When Laura returned to London, she began attending hypnotherapy sessions and practising the complete relaxation that was recommended everyday. By the end of the six-week course, she found that her headaches were much less intense and some days she didn’t have a headache at all. When she did suffer it was after stressful meetings at work.

“After another four months, I decided enough was enough. I called up my old boss and managed to get a position back at my original company. It only paid half the salary I was getting but my health was worth it. I now have some spare time again and I have obtained a Certificate in Clinical Hypnosis by studying a course over four weekends. I can now do a longer course to get a Diploma and I fully intend to become a practising hypnotherapist in the future.”